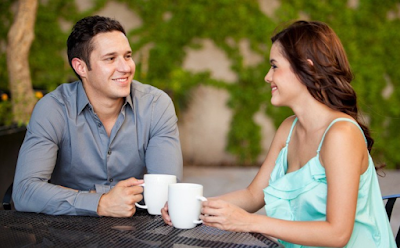 Nice guys do lots of things for women out of the goodness of their own hearts. But that doesn’t necessarily mean he’s trying to flirt with you!

Nice guys don’t always finish last. Many times they don’t care if they are first or last, because they are more concerned with others than themselves. That’s because they have manners, and that’s what nice guys do.
[post_ad]
I know it might be hard to understand that there really are just some nice, good guys out there. No, they don’t all live in the south. They are everywhere!

Anyway, let me reiterate the fact that if a guy is nice to you, it does not mean he wants to sleep with you. I mean, he might, no doubt, but it’s very important to remember that there really are just some great guys out there in the universe, who were raised properly, and know how to treat people.

7 signs he’s just being a nice guy, and not a flirt

Check out the ways nice guys continue to confuse girls everywhere, by simply being nice and gentlemanly in all that they do.

#1 Nice guys holding doors for you. This might be a shocker, but just because you breathe the same air a guy breathes, does not mean he’s flirting with you. Just because you might be walking into the same entrance as the dude in front of you on your way to work, and find that the dude happens to pause, and motions for you to go ahead of him, all the while holding the door for you, does not mean he is in love with you.

He is however just a human with really awesome human common sense. It’s called manners people, go and get you some. He’s just a dude holding a door for you, and if you were to turn around to see him holding the door for you, you would probably find him still holding it for the other ten people walking up, including other women. Who knew!

It simply means he’s probably a happy little fella, who has no problem spreading his happiness out into the world and being a really nice person. If a guy smiles at you, stop being so vain and thinking he wants you.

#3 Nice guys buying drinks for you. I know most people probably assume that if a guy buys you a drink, he’s just trying to get you home. Although this might seem hard to understand, it’s true. Some guys literally just have the manners and kind heart to want to buy you a drink, even if you don’t even know him.

Think about the random strangers paying for other strangers in the Starbucks drive-thru that went viral. It’s an act of kindness, and doing acts of kindness not only make you feel good about yourself, but it makes others feel good too. Who wouldn’t want to be in a complete feel-good environment?

So remember, just because a guy might buy you a drink, alcoholic or not, does not mean he is flirting with you or trying to hit on you. It literally just means he’s offering to pay for your drink. Now, if he were to invite you over to his table or offer to keep you company, then that’s when you’ll know if he is indeed flirting with you.

#4 Nice guys complimenting you. Have you ever had one of your girlfriends tell you that your hair looked great, or they liked your shoes? Yes, of course, you have. And unless your friend is a lesbian, then your friend wasn’t giving you the compliment because she wanted to get in your pants. Perhaps she wanted to borrow them, but not get “in” them.