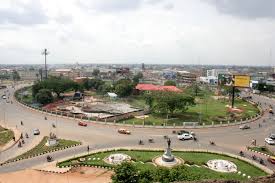 The rate at which minors are being raped by their own family members is just alarming..
A 41-year-old Prophet, Benjamin Bernard, in prison custody for alleged defilement of his seven-year-old daughter. The Chief Magistrate, Mrs Taiye Omoruyi, refused to admit the cleric to bail,Vanguard reports.

The Prosecutor, Kenneth Ugiagbe, said the pastor committed the incest against his third daughter on Jan. 26.. The minor, led in evidence by Ugiagbe, told the court that after defiling her, Bernard used a white handkerchief to clean her private part. She said her father warned her not to mention it to anyone else, threatened to kill her if she disclosed it .