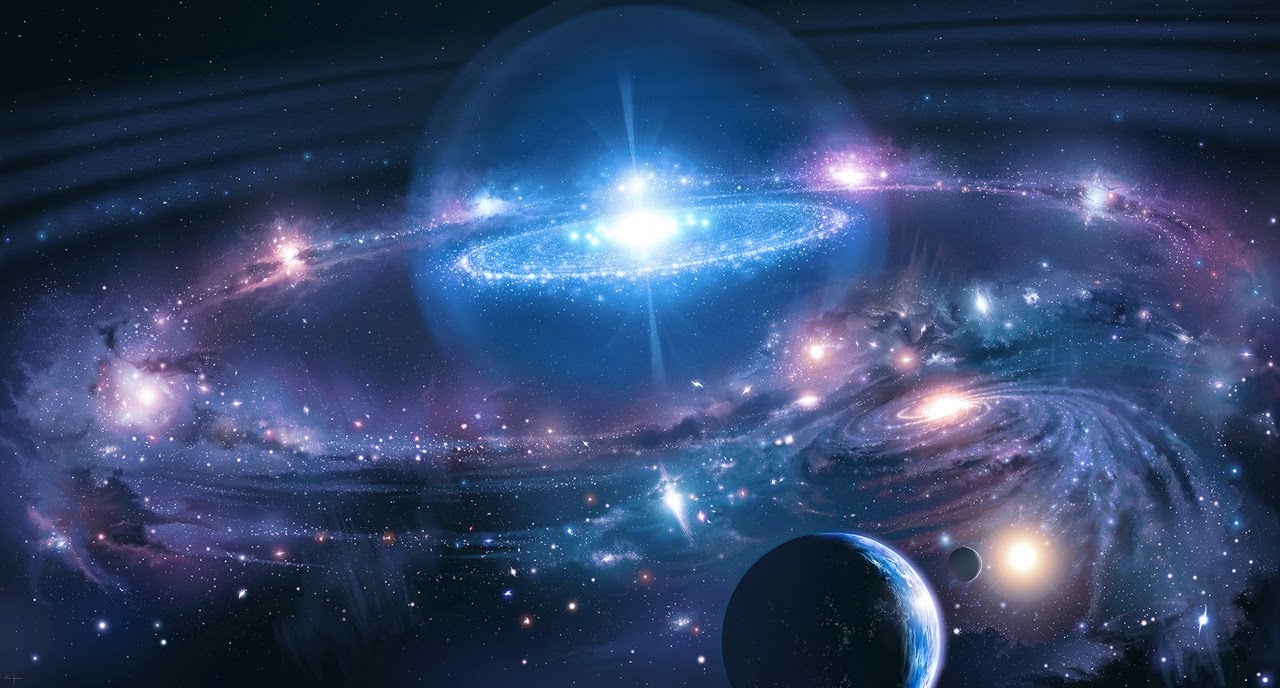 There a lot of questions you might need answers and there are several so many stories which includes the different Evolution theories and facts by several scientist. Well here is a religious opinion of what someone has to say about the origin of the universe and God. Read below;
[post_ad]

Let it be known that I do not know anything about the true origins of the universe or of God. I wouldn’t be so arrogant to think I do. However, it is fun to think about and I’ve arrived at a mathematical hypothesis that I am not in a position to prove. The hypothesis is fun but the math is for others. Like all models of science, it’s usefulness or application is measured by it’s probability. So here it goes.

In the beginning, an unknown variable in time, space and dimension and therefore nothing, there was nothing. However, due to the vastness of this nothing and the fact that nature abhors a vacuum, there were some things there. It’s similar to saying a glass of water is 100% pure or attaining absolute zero. Both are impossible. You might be able to get there to within 10 to the millionth degree, but space or nothing is far greater even than that and therefore had content. It might have been something like the Higgs Boson particle.

Due to the vastness of time, which is nothing because it is so immense we cannot even measure it. You can’t measure something that has no identifiable beginning, end or middle, so therefore scientifically non existent. When you place these two massive entities together you get infinity x infinity x what ever content there is in that space, ( Higgs Boson particle or whatever it might be).

The vastness of space is so large that vacuums exists within vacuums and so on and so on. The contents of space collide, react, combine, mutate, explode, or anything imaginable or unimaginable. Eventually, things are as they are.

At some point an intellect was created, the first intellect of the universe. This is the God head. From this, many aeons ago, it developed probably in a similar way we have and beyond, but being the first was at some point able to seed the universe. This idea represents the type one civilization where man is no longer restricted by his own planet.

Due to the fact we have not yet attained a type one civilization and the mathematical probability many already exist, we are not the God head. We have both been seeded and evolved. How the seeding or by which means it occurred, I have no idea, except it may explain the missing link.

To take this further, due to the vastness and possible outcomes of infinity x infinity x some things, it might be we are the product of many explanations coming together at once or we are the product of one thing, such as the God head. Regardless, of our direct origins, there had to be the first consciousness either in singularity or simultaneously that due to natures desire to fill space created mankind on Earth.

This idea is further reinforced as we populate the Earth, produce gizmos, ideas, and apps, fill our space with satellites and platforms for further observation and exploration. It’s ironic, that as we complain about polluting planet Earth and robbing her of environment and minerals, we look beyond what we cannot even understand and contemplate raping the universe. Why is that? Why are we never satisfied? Perhaps, within us there exists that desire to fill the vacuum in an ever expanding universe. It might be our destiny to one day become like our God head or our God head wants us to become like him?