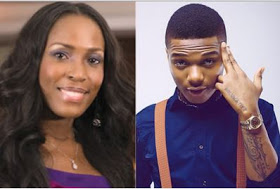 According to NET who reported the news exclusively, they said;

“We can now confirm that Ikeji has reported the threat to the Lagos State commissioner of Police, Fatai Owoseni.
A source with details told Nigerian Entertainment Today a summon has been issued to Wizkid, with an invitation letter sent to the Surulere office of his manager, Sunday Are”
‘He was instructed to show up today but he did not’, a source told us.

Also, Section 323 of the criminal code states that ‘Any person who, knowing the contents thereof directly or indirectly causes any person to receive any writing threatening to kill any person is guilty of a felony, and is liable to imprisonment for 7 years’.