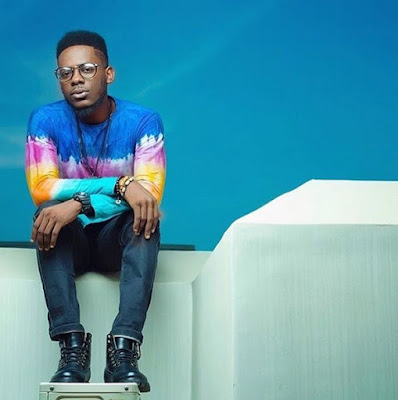 YBNL vocalist, Adekunle Gold has revealed how his love for Tiwa Savage pushed him into making a photoshopped picture of himself and Tiwa Savage, which somehow created a link between himself and Olamide.
[post_ad]
The singer, who hails from the royal Kosoko family of Lagos, recalled that his love for Tiwa Savage made him create a fake picture of himself hugging her from the back. He later uploaded it and seeing the reviews, he did the same for popular OAP Toolz and screen diva Tonto Dikeh.

Read Also: So Hilarious!! Nigerian Musicians And The Kind Of Students They Would Have Been

Adekunle Gold claimed he was only “business friends” with Olamide since he helped the label design the logo and help design most of Lil Kesh and Victaw’s work after they joined the label.

On how he became a member of the YBNL team, the singer said, ”I would never have thought that an Olamide would sign me, so there is no way i lobbied or pushed or sent my songs to him to listen to before signing me on the label, it was em.. when I dropped Sade, apparently he liked it and everybody in the YBNL team loved it, so 2days to OLIC concert, the first one ever, he called me to come chill with him at the hotels for rehearsals and everything. so 2 days after the concert, he called me that he would love to work with me that he thinks my song is a future and he doesn’t want it to change, i quickly took the deal before my guy would change his mind.”

The singer also opened up on the type of music he produces claiming they are all stories that relate to his life and stories of others, and that his much anticipated album GOLD would be dropping immediately after the Ramadan fast