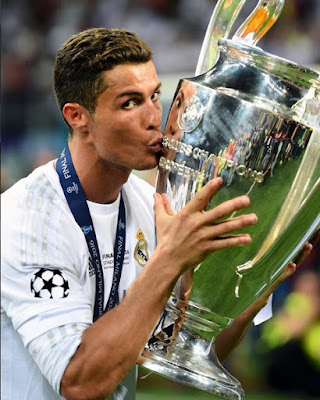 Real Madrid forward Cristiano Ronaldo has claimed that his side’s greater experience was the difference in their Champions League final penalty shootout against Atletico Madrid.

Los Blancos lifted European football’s greatest club prize for the 11th time this evening, with Ronaldo scoring the decisive spot kick after the 120 minutes finished 1-1.
[post_ad]
Ronaldo admitted that there is an element of luck to any penalty shootout, but believes that they just had the edge when it came down to it.

“The penalties are always a lottery. You never know what will happen, but our team showed more experience and we showed it by scoring all the penalties. A fantastic night for us,” he told BT Sport.

“It is the end of the season and people are not fit, we have to rest and we have to go for the Euros.”