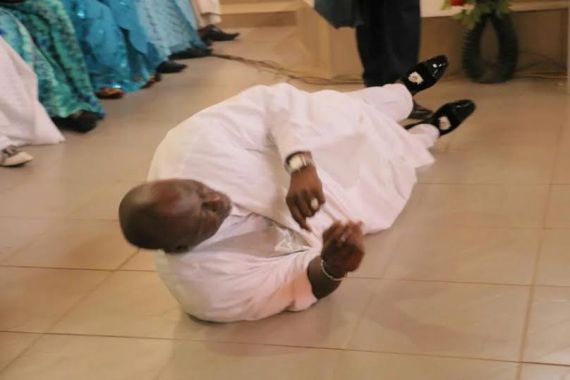 Senator Otunba Dino Melaye, on Sunday stunned the congregation at the Apostolic Church Nigeria, Oke-Ayo (Iluafon) Assembly in his home town, Ayetero-Gbede, Kogi State, when he narrated how he was tempted to seek diabolical means during preparations for the 2015 general election.
[post_ad] He rolled on the floor of the church, wept and thanked God for His mercy to the admiration of the congregation.

“When I was contesting election, some people, among them my supporters, came with various advises. In fact, somebody said that I should go to the seven local government areas and fetch the soil. He said that was the way to my victory and I laughed at his ignorance. I rejected it because I’ve vowed that I will never seek diabolical means to achieve power. It is good to serve God,” he said. 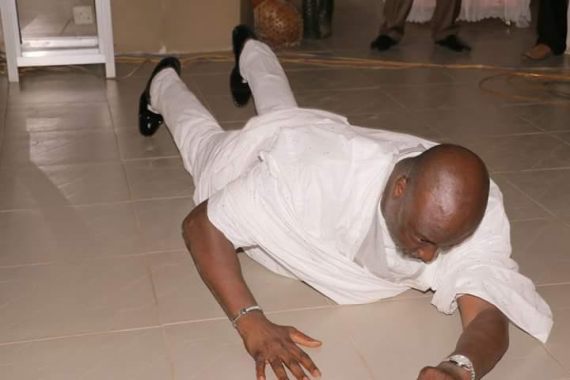 According to him, there were several temptations for him to ascertain his fate at the election which he contested on the platform of the All Progressives Congress (APC).
Melaye who is representing Kogi West, made the revelations during a special thanksgiving service and empowerment programme for youths in the area, attended by 26 Senators and all traditional rulers in the area. 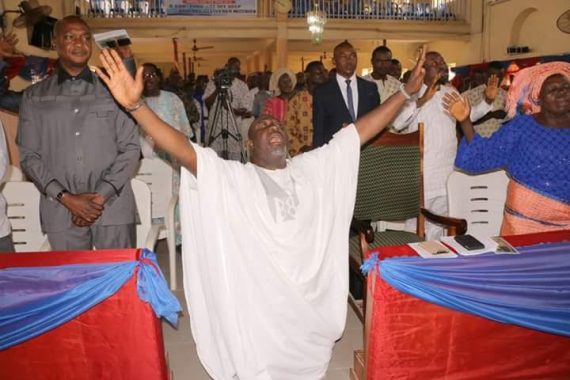