GOP wakes up to Trump victory — and plenty of questions 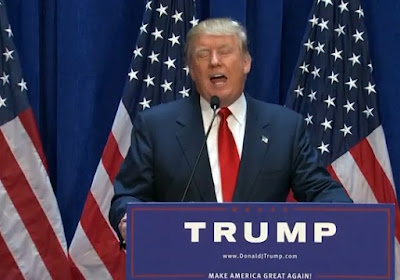 This morning we woke up with the shocking news that Ted Cruz suddenly quits, was it a Bad Dream, a Bad Day or a self advice to avoid defeat. well we are able to gather a few information from CNN read below:

A once unthinkable idea is now the Republican Party’s new political reality: Donald Trump is its presumptive presidential nominee.
[post_ad]Ted Cruz’s sudden exit from the 2016 race Tuesday night following a devastating loss in Indiana all but brought to a halt the hard-fough battle for the GOP nomination, virtually ensuring Trump will garner the 1,237 delegates needed before the Republican convention this summer.

Now, a party fractured by more than a year of campaigning, personal insults and threats of third-party runs has to figure out how to move forward.
From congressional leaders to top donors to veteran strategists, the GOP establishment has been deeply skeptical of Trump’s candidacy and motives. As Trump began to amass delegates and gain momentum, his feud with his GOP rivals grew increasingly acrimonious and the “Never Trump” campaign — a rare inter-party movement aimed at stopping its own front-runner — failed.
Here are five questions facing Republicans as they absorb Trump’s victory:

Can #NeverTrump Republicans back Trump?
Moments after Trump was projected the winner in Indiana, the chairman of the Republican National Committee sent out a telling message.
“[email protected] will be presumptive @GOP nominee, we all need to unite and focus on defeating @HillaryClinton,” Reince Priebus tweeted, using the hashtage “#NeverClinton.”

.@realDonaldTrump will be presumptive @GOP nominee, we all need to unite and focus on defeating @HillaryClinton #NeverClinton— Reince Priebus (@Reince) May 4, 2016
But bringing the party together will be easier said than done.
Even after Trump had solidified his position as the party’s clear front-runner, prominent Republicans openly revolted against the billionaire, vowing to never endorse his candidacy. Top Republicans have said they will sit out of the Republican convention if Trump is the party’s nominee, and some major GOP donors are expected to keep their wallets shut if Trump is at the top of the party’s ticket.

Our Principles PAC, an anti-Trump super PAC, said Tuesday that its efforts will continue until a candidate has won the support of a majority of delegates in Cleveland.
Tim Miller, a former spokesman for Jeb Bush’s campaign who has been working on the “Never Trump” campaign, tweeted Tuesday night: “Never ever ever Trump. Simple as that.”

Never ever ever Trump. Simple as that.— Tim Miller (@Timodc) May 4, 2016
One looming question is whether Cruz will ultimately endorse Trump. Just hours before bowing out of the race, the senator lashed out at Trump, calling him a “pathological liar” and “narcissist.”
Trump on Tuesday had rare complimentary words about his rival Tuesday night, as he repeated in his victory speech that he was surprised to see Cruz drop out of the race. He also called on the party to come together.
“What Ted did is really a brave thing to do. And a great thing to do because we want to bring unity to the Republican Party,” Trump said. “We have to bring unity. It’s so much easier if we have it.”

Has Trump permanently damaged the party’s relationship with minority voters?
From Day 1, Trump stirred up controversy with the Hispanic community.
As he launched his White House bid last summer in the lobby of Manhattan’s Trump Tower, the first-time political candidate vented about the importance of securing U.S. borders. To prove his point, he lamented the kinds of Mexican people who were entering the country.
“They’re bringing drugs. They’re bringing crime. They’re rapists,” Trump said — explosive comments that he stood by in the weeks and months to come.
Those remarks were troubling for Republican leaders, whose party has urgently worked to broaden its base and court minority voters, including Hispanics, in recent years. The concerns only intensified as Trump showed surprising endurance in the 2016 race and started to train his fire on other ethnic groups, such as Muslim-Americans.
In a victory speech Tuesday night at the same midtown skyscraper, Trump said that he would work to win over minorities.
“We’re going to have unbelievable great relationships with the Hispanics. The Hispanics have been so incredible to me. They want jobs,” Trump said. “The African-Americans want jobs.”
But he will have to show how he can do this before GOP insiders believe it.

And what about women?
Another huge constituency that Republicans worry about with Trump at the top of the ticket: Women.
Throughout the 2016 campaign, Trump has been repeatedly criticized for his controversial statements about women, including public figures like Fox News anchor Megyn Kelly and former presidential candidate Carly Fiorina.
There’s no escaping the role gender will play in a general election between Trump and Hillary Clinton, who is vying to become the country’s first female president. Trump has ratcheted up his attacks against Clinton by accusing her of playing the “woman card” for political expediency, saying last week that the former secretary of state would be polling terribly if she were not a woman.
“Frankly, if Hillary Clinton were a man, I don’t think she would get 5% of the vote. And the beautiful thing is, women don’t like her,” Trump said.
Trump could try to use members of his family to boost his credentials with female voters as he gears up for the general election. On the campaign trail, his wife, Melania, and daughter, Ivanka, have defended Trump’s record with women.
Trump exuded nothing but confidence on Tuesday night as he spoke about winning women voters.
“I won with women,” he said. “I love winning with women.”

Chaos in Cleveland?
Trump likes to boast about the thousands of supporters who turn up at his campaign rallies.
But his events also frequently attract other impassioned voters: protesters.
With his penchant for inflammatory comments and tough rhetoric about immigrants, Trump has emerged one of the most polarizing presidential candidates in recent history.
What began earlier on in the campaign as protesters yelling at the GOP front-runner escalated in recent months to violent clashes between Trump supporters and detractors, as
well as riots where protesters have collided with police. Last week, hundreds of protesters gathered outside a Trump speech in California, forcing the candidate and his entourage to exit their motorcade and walk to a back entrance to gain access to the event.
Republican leaders fear that some of the recent violence and protests will play out at the Republican National Convention, to be held in Cleveland, in July.
As a part of its efforts to prepare for the convention, Cleveland is looking to buy riot gear, according to one local report.

Who will Trump choose as his VP?
Trump has one critical decision to make ahead of Cleveland: choosing his running mate.
His campaign is likely to face pressure from party leaders to choose someone who can broaden the candidate’s appeal — perhaps a woman or a person of color — as he gets ready to go up against Clinton.

Senior Trump officials said Tuesday that an official search for a running mate has not yet begun. But the GOP-frontrunner has previously said he wants to pick a political insider as his partner, particularly someone who understands the ins and outs of Congress.

“I do want somebody that’s political, because I want to get lots of great legislation we all want passed,” Trump said in February.