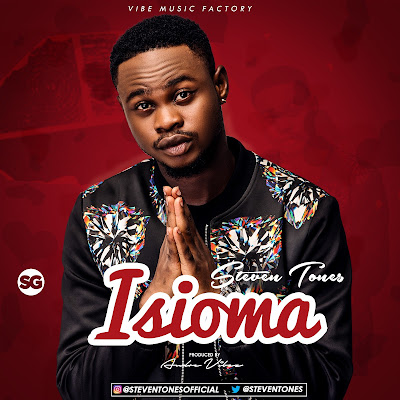 One of Nigeria’s finest emerging afropop artiste STEVEN TONES first burst into the limelight when he dropped his massive single NO LELE in October last year. Since then, NO LELE has received over 200k downloads and counting with very positive reviews from various quarters especially in his current base in South-South Nigeria, South-East and even internationally from the US, several European and East African countries, putting him in pole position to becoming one of the next set of artistes to surface from the Nigerian music scene.
[post_ad]
After dropping impressive covers for EARNED IT by The Weekend and I DEY ‘SORRY’ by Justin Beiber early in the year, ST as he is also popularly called releases ISIOMA as his first official single for 2016. ISIOMA is a love song and as usual, STEVEN TONES lives up to expectation with a reputation for his always mesmerising lyrics. ISIOMA is definitely a great listen and a must have for everyone on their playlists.‎
The song is produced by Andre Vibez