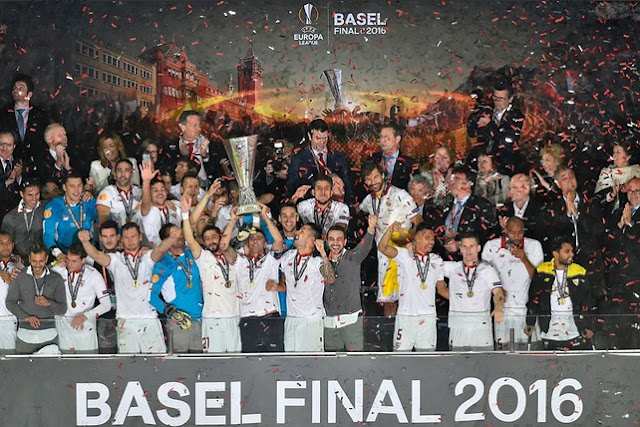 Spanish outfit Sevilla came from behind in Basel to beat Liverpool 3-1 and win the Europa League trophy for a third time in succession.
[post_ad]
Liverpool took the lead in the 35th minute through Daniel Sturridge, but Kevin Gameiro levelled 17 seconds after the restart, before Coke netted a double as Sevilla won the competition for a record fifth time. 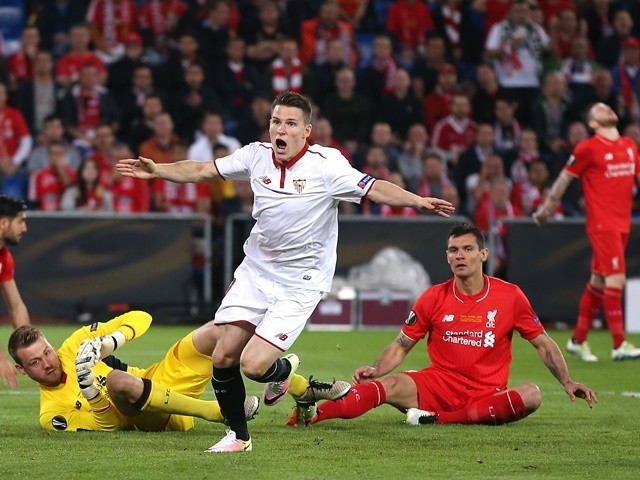 Jordan Henderson and Divock Origi were both deemed fit enough for a spot on the Liverpool bench, while an attacking XI saw Sturridge lead a a forward-line which was supplemented by Adam Lallana, Roberto Firmino and Philippe Coutinho.

As for Sevilla, both Benoit Tremoulinas and Michael Krohn-Dehli missed out due to knee problems, leaving Sergio Escudero and Coke in the XI for the La Liga outfit. In-form Frenchman Gameiro, meanwhile, was fit to lead the line.

Both sets of supporters clashed in the stands in the build-up to kickoff, but the riot police did manage to calm proceedings and an intense opening five minutes saw Sevilla enjoy a territorial advantage over their English opponents.

The first strike on goal came from Emre Can in the eighth minute, but the Liverpool midfielder’s effort was straight at David Soria, who made a routine save in the Sevilla net. Sturridge then sent a header towards the back of the net three minutes later, only to see Daniel Carrico make a goal-line clearance. 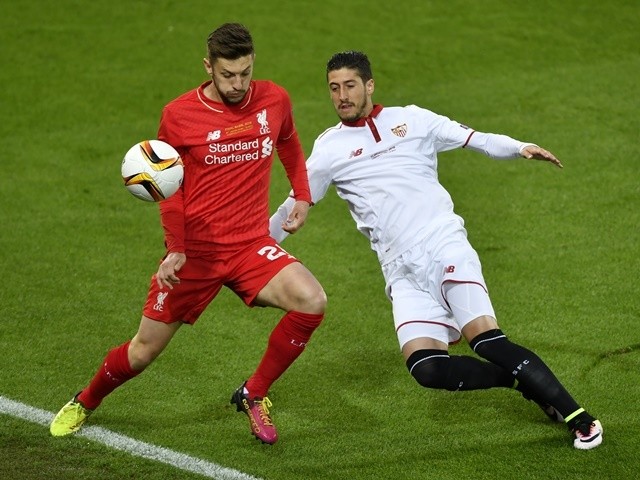 Sevilla were enjoying more of the possession as the first period developed, but Liverpool were the more threatening in attack and Soria again had to get down and keep out a low Sturridge effort in the 25th minute after the England international had been found by Lallana.

Despite a number of late challenges occurring in the first period, it took until the 30th minute for the referee to produce the first yellow card and it was Dejan Lovren that went in the book for a poor tackle on Gameiro.

It was Gameiro that had Sevilla’s first real chance of the first period, but the Frenchman’s clever over-head kick from inside the Liverpool box just missed Simon Mignolet’s post. 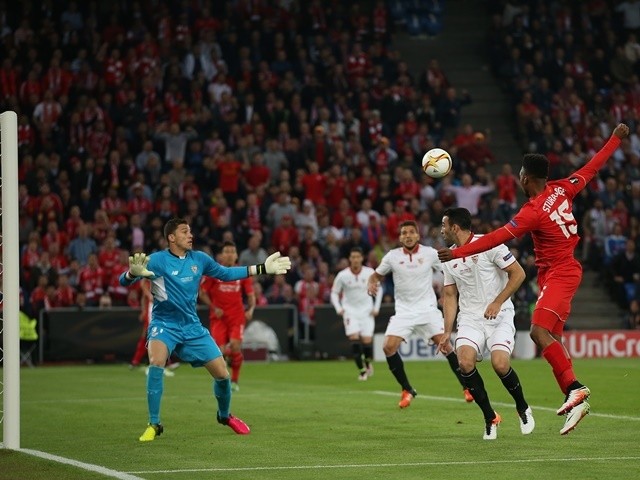 Liverpool made the breakthrough 10 minutes before the break, however, when Sturridge collected a pass from Coutinho before bending the ball past Soria with the outside of his boot.

Jurgen Klopp’s side had the ball in the back of the net for a second time in the 39th minute when Lovren headed past Soria from a corner, but Sturridge was adjudged to have influenced the play and was correctly ruled offside.

The holders Sevilla were wobbling as the half-time break approached and a super Nathaniel Clyne cross only needed a touch from Sturridge and Liverpool would have made it 2-0 in the final minute of the first period. 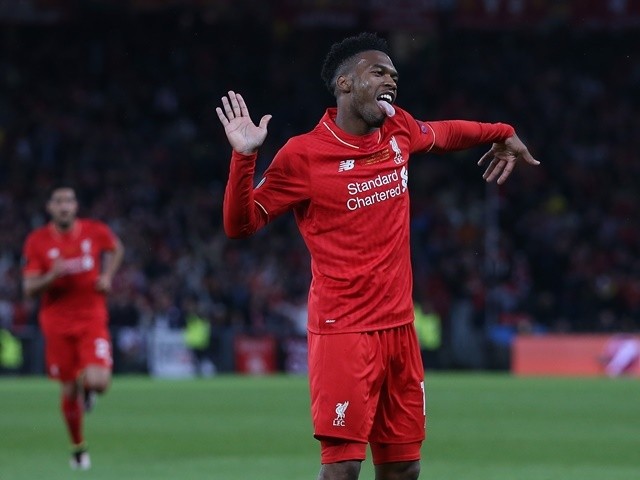 Liverpool should have been at least two goals ahead at the start of the second period, but Sevilla levelled 17 seconds after the restart when Mariano Ferreira drove past Moreno and delivered into Gameiro, who could not miss from close range.

Gameiro had the chance to score a second two minutes later when he raced through on the Liverpool goal, but Kolo Toure was across to make a fine challenge and prevent his team from falling 2-1 behind.

Liverpool managed to settle after a disastrous start to the second half, but a very even contest remained 1-1 entering the final 30 minutes of normal time. Gameiro had another super chance for the Spanish side in the 61st minute, only to see his goal-bound effort stopped by Mignolet in the Liverpool goal. 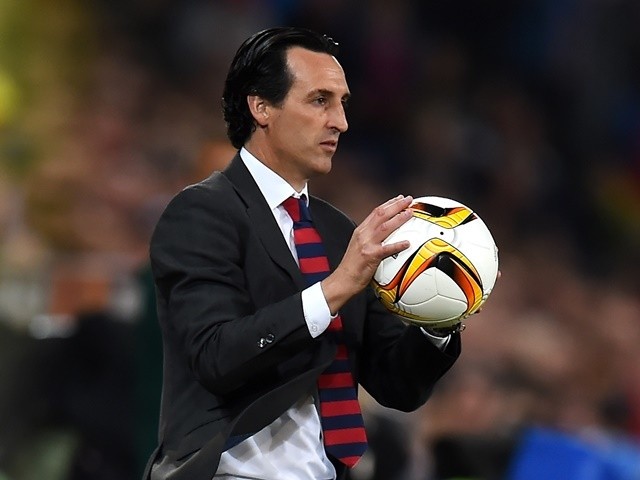 Dominant Sevilla were 2-1 ahead in the 64th minute, however, when a super run from Vitolo ended with the Spanish side’s captain Coke sweeping a low effort into the bottom corner.

Sevilla continued to threaten and they had a third goal 20 minutes from time when Coke converted his second of the match at the far post after just beating the offside flag, much to the frustration of Liverpool.

Origi and Joe Allen were both introduced as Klopp looked for another Borussia Dortmund-esque comeback, but Sevilla’s pace on the counter proved key as they continued to run down the clock approaching the final 10 minutes. 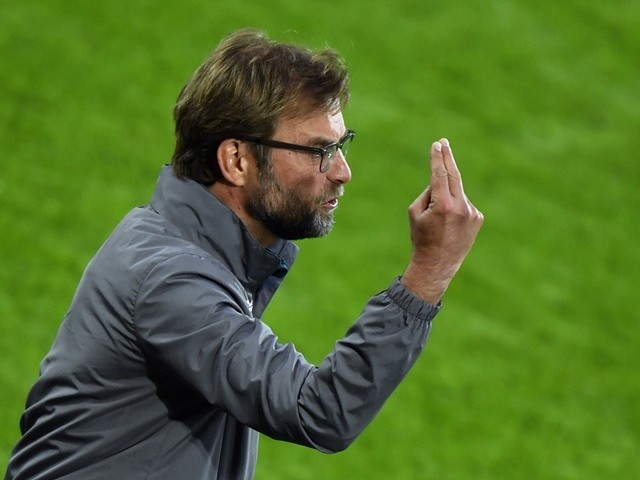 Christian Benteke was also introduced as Liverpool threw caution to the wind in the latter stages, but Sevilla were too cute in possession and managed to close out the final minutes inside a subdued stadium.

Sevilla, who face Barcelona in the final of the Copa del Rey this weekend, will now advance straight into the group stages of next season’s Champions League.

Liverpool, meanwhile, now face a summer of change under Klopp as the former Dortmund manager looks to improve on his team’s eighth-place finish in the Premier League.