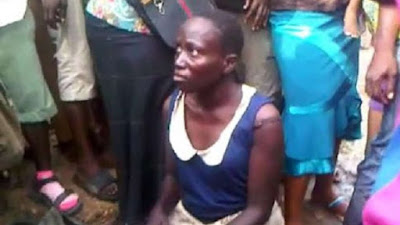 A 17-year-old girl identified as Chizoba Maduegbunam, has been arrested by the Lagos State Police Command for allegedly abducting a little child in the Oto-Awori area of the State, Vanguard reports.

The suspect was nabbed by community members on Thursday while attempting to abduct the child and handed over to the police.

According to a resident, Maduegbunam was first taken to the palace of the traditional ruler of the area, the Oni-Ijanikin, who invited the police and handed her over to the law enforcement officers from the Ijanikin Division of the State Police Command.

The Police Public Relations Officer in the state, Supol Dolapo Badmos, confirmed the incident, saying the case is currently under investigation.