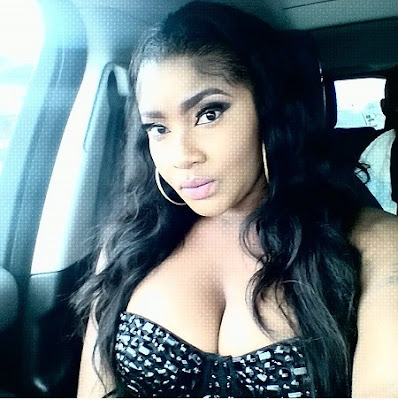 In a recent interview, the actress talks about her career, how it started, where she is at the moment and her future plans. She also opened up on her marriage crash rumours.
[post_ad]Read excerpts from the interview below:

What is new about Angela Okorie?

We are still doing what we know how to do best. Presently, I am filming on the Island (Lagos Island), and it’s all about violence against women, and also women that are not happy in their marriages. We are talking about domestic violence.

At what point did you discover your talent for acting?

I have been in the game for five years plus. I was a model before acting happened. It all started when I followed a friend to location and it turned out they needed a pretty girl for a character, and I just fitted into the role seamlessly. However, since I wasn’t an actress, I was not very keen but they insisted. So, I said ‘okay, guys just give me some time to think about this’. A week after, my friend was like ‘Angela, you have to do this’ and that was it.

Do you still model?

I still do but not really runway stuff and bill­boards; but if the pay is right, I will definitely do it.

Aside acting, what other cre­ative sides do you have?

(Laughter) Well, I sing. While growing up I sang in church. I grew up in a Christian home and I was always singing even at home. But when I went into modeling, I left the music part of me. However, I had recorded some songs before I started modeling. I still have my catalogue of songs.

Any plans of going into mu­sic?

(Laughter) I don’t know. You know, I am very unpredictable. I could just wake up one morning and start singing. The truth is that the things that have actually worked for me are not the ones I planned for.

What has been your most challenging role?

That was the role of a vampire. You know, acting is a make belief; you have to put yourself into the character in order to make the best of it. It was very challenging but trust me, I gave it my all and it was like dynamite! It is entitled ‘Royal Vampire’. Maybe, you should go see it because it is very interesting. Prince Ike Olisa produced it.

Is it true that you were in­volved in a theft scandal a while ago?

Well, it’s an old gist. The guy I took to South Africa to shoot a movie blackmailed me in order to get some money off me. His name is Prince Eke, but he has apologised. He did that when I was on set with Mr Ibu in Oba Town. He came around with a couple of people; I think they were about 15 and he apologised. He said he was sorry and that it was the devil that pushed him and all that. Well, it is an old story now and I have forgotten about it.

How did you meet your hus­band?

(Laughter) Sorry, I didn’t just get married. We have been married for 10 years, and my son is five.

A while ago, you posted a message on Instagram that you were open to relationship, how true is it?

I don’t post such things on my wall, please. Any­thing about my family and my home is off media. I don’t want to bring my family to the media.

Your fans would like to know, have you broken up with your husband?

Why? Why do they want to know? Were they there when he ‘toasted’ me? Were they there when we got engaged and married? They weren’t there so they shouldn’t ask such questions. I have told you before that I am very different. You understand what I am trying to say? Most times I don’t grant interviews because when I do, they write other things. However, there are things I don’t want the media to know about. If I want you to know, I will post it and you will read it. If you watch, most of the things they write about me are the things I posted.

If I don’t post it you cannot write. My life is my life, and the media is the media. My act­ing career and my family are two different things all together. I won’t bring my family or anything personal to the media, so my fans should just keep watching (laughter).

What new projects are you working on?

When you mentioned the theft scandal, it hap­pened when I went to shoot my film in South Africa. I took most of the artists from here. I did visas, bought tickets and flew them to South Africa for the film. A South African star was also on the job. I just shot a movie in the United States, and it is coming out soon. I am working on doing back-to-back, like five films at a stretch.

Who are your role models in Nollywood?

Wow! I look up to Genevieve (Nnaji), Omotola (Jalade-Ekeinde), Ramsey (Nouah), Pete Edochie and a lot of other great acts.