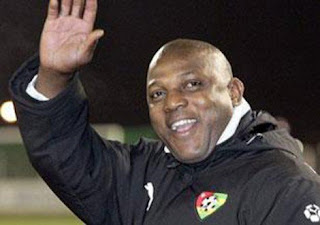 Emmanuel Ado, the brother and aide to the late Super Eagles former coach and captain, has released a statement to address the death of his principal, Stephen Okechukwu Keshi.
[post_ad] The statement reads:

Since her death, Keshi has been in mourning. He came back to Nigeria to be with her. He had planned to fly back today Wednesday, before he suffered a cardiac arrest. He has found rest.

Emmanuel Ado
Brother
For the family.