Federal Government has threatened to withdraw the operating license of any bank or telecommunication company that breached its directive to stop mass sack of workers.
[post_ad] 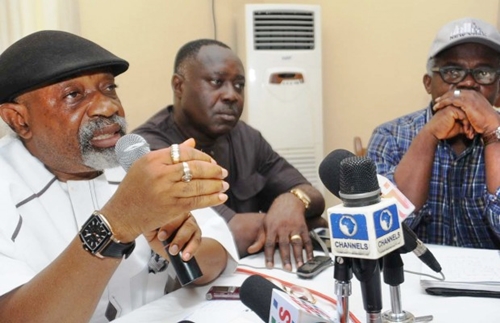 Speaking on Tuesday at the 105th session of the International Labour Congress (ILC) in Geneva, Switzerland, Chris Ngige, the minister of Labour and Employment, has warned that the federal government will sanction banks and telecommunication companies, which fail to comply with its order to suspend massive sack of their employees.
“The federal government gave the licences to the banks to operate and if its directives are not adhered to the licences will be withdrawn if the need arises.

“We will go a step further if they continue. We know what to do. They need to comply. They need to come to the negotiation table. We halted the spate of sack in the oil industry and we succeeded.

“Even if you are going to lay off, there is a way to declare redundancy, there is a process. Section 20 of the labour act says it. You must call the unions and discuss with them. You don’t just treat them as slaves in their own country and you want us to keep quiet.

“We want them to maintain the status quo. As far as I am the minister of labour, I will protect the interest of workers; same to the telecommunication companies, they are also talking about compiling lists without discussing with anybody,” Ngige said.
The minister’s statement comes after Skye Bank laid off 175 staff. The bank took the action on Monday, which happened to be the next working day after the directive by the minister to banks to suspend their employees’ sack.
The current economic situation in the country has led to massive job loss as Eco Bank also sacked over 1,000 staff last week.