Germany have secured top spot in Group C despite being limited to a 1-0 victory during a dominant performance against Northern Ireland at the Parc des Princes this afternoon.

Mario Gomez scored the only goal of the game in Paris, but Germany created chances almost at will throughout the 90 minutes and only a mixture of poor finishing and a memorable goalkeeping performance from Michael McGovern prevented what could have been a damaging heavy defeat for Northern Ireland.

As it was, Michael O’Neill’s side finished third in the group and look likely to have done enough to qualify for the last 16 in their first major international tournament for 30 years. 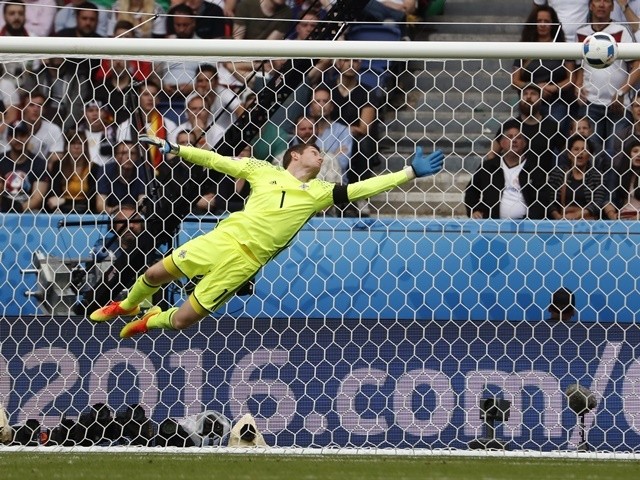 It didn’t take long for Germany to gain control of the match, and Northern Ireland’s goal was soon under siege as the world champions looked to kick-start their campaign.

The first big chance arrived after just eight minutes when Mesut Ozil chipped an astute pass into Thomas Muller, but the attacker was thwarted by a big save from McGovern.

Both McGovern saves and Muller misses would be a feature of the first half, and the keeper was called upon again two minutes later when the ball broke to Ozil in the area, but the Arsenal midfielder scuffed his effort and McGovern’s stop bounced off Craig Cathcart and narrowly wide.

Germany’s onslaught continued to arrive, though, and this time Mario Gotze was denied by the heroics of McGovern from a golden opportunity, while the rebound was chipped well over by Joshua Kimmich.

The world champions were guilty of not taking their chances as well, and Ozil once again scuffed a shot in the 19th minute when he looped a Jonas Hector cross onto the roof of the net. 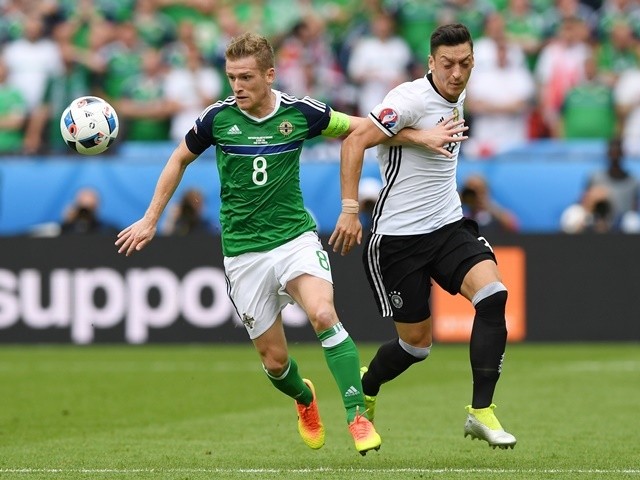 There was yet another chance halfway through the opening 45 minutes when Kimmich and Gomez combined to send Muller through, but this time he flashed a half-volley narrowly past the far post.

Manuel Neuer had his first save to make when he made a routine stop from Jamie Ward‘s long-range strike, but it was a brief pause to the one-way traffic and Germany hit the post through the luckless Muller just a minute later when he met Kimmich’s cross with a diving header.

The breakthrough finally arrived on the half-hour mark, however, as Ozil and Gomez combined to send Muller in and, while the Bayern Munich man was denied a shot himself, he teed the ball back up for Gomez to stroke home. 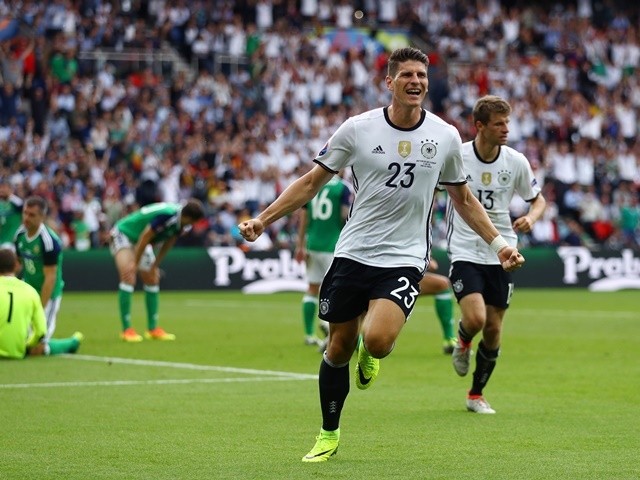 Muller’s drought continued, though, and the man with 10 World Cup goals to his name continued his search for a first at the European Championships when he latched on to a low cross from the left, only to steer his effort against the crossbar.

Moments later Northern Ireland failed to clear their lines from a corner and the ball dropped to Sami Khedira inside the area, but his first-time snapshot was blocked and O’Neill’s side survived once again.

There was still time for one more clear opening before the break, but once again Germany were missing their shooting boots as Gomez scuffed his finish having been picked out by the influential Ozil.

Northern Ireland somehow managed to hold on to just a one-goal deficit going into the interval, but not long after the restart McGovern was forced to come to their rescue yet again when he thwarted Gotze from close range with arguably his best save of the lot.

Gotze had another clear sight of goal seconds later when he slid in to meet a low cross at the near post, but this time he steered his finish wide of the target and the misfiring midfielder was hauled off by Joachim Low shortly afterwards.

The Northern Ireland goal continued to live a charmed life, though, and McGovern was called into action again when he kept out Khedira’s low drive before Gomez put his headed rebound wide when well placed. 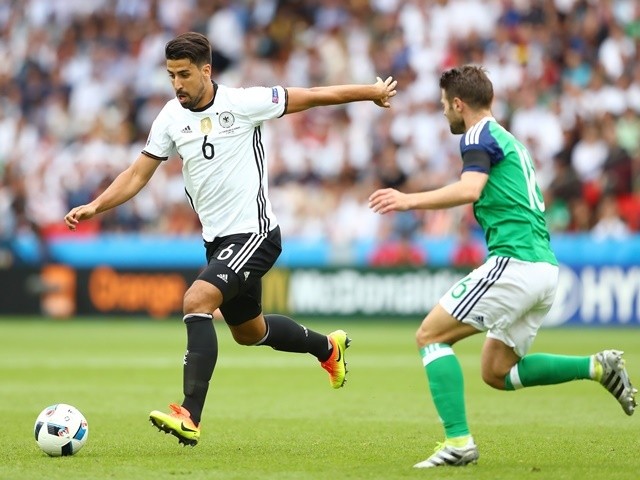 The onslaught finally began to wane as the second half wore on despite Germany still controlling possession, with a curling effort from Kimmich that flew off target the closest they came in a 20-minute spell from the hour mark.

McGovern’s work was not done yet, however, and he was forced into another standout stave with eight minutes remaining when he flicked Gomez’s downward header past the post.

Ozil and Gomez had further sights of goal before the final whistle was finally blown, but they failed to add to their advantage as they endured a frustrating afternoon despite getting the win to top the group.

Northern Ireland, meanwhile, now face a wait to discover whether they will progress to the knockout round as one of the best third-placed teams.