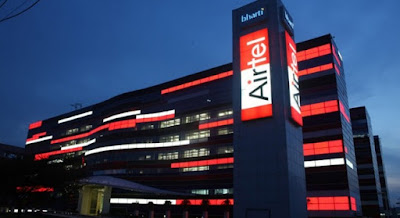 Airtel Nigeria has unveiled Smart Speedoo , a new data
plan which most internet-savvy Nigerians are taking with
mixed feelings. For those asking how does Smart Speedoo
work, it allows customers to experience real data while
browsing at affordable tariff and enjoying free megabytes.
Interested subscribers can activate the new internet
package by dialing *141# on their devices.

And when his usage gets to 50mb, the browsing rate
drops to 0.5kobo/kb, then he gets 50mb free.
When the customer’s usage reaches 100mb, the rate
drops further to 0.2kobo/kb and he is given 100mb free,”
Anand’ explained.

Now let’s break it down further in real data sense, see
Airtel Smart Speedoo data rate
On their normal plan, Airtel gives 10 mb for N100, you
recharge and subscribe and the money is gone.

Hence users of the service do not need to remember USSD
code to buy data or worry about their airtime being used
up when browsing.

Airtel also noted that Smart Speedoo gives ‘free internet in
everyone’s hand’ as it enables customers to be in control
of their data usage while also surfing at a very low pay-
as-you-go payg rate.
It promised to continue to roll out more services to further
empower Nigerians and offer the free surf experience.

Smart Speedoo rides on the superfast 3G internet, which
offers internet speed of up to 42mbps. This speed is very
close to the Long Term Evolution (LTE) speed.
“Almost 80 to 85 percent of all Airtel 3G sites in Nigeria
are IP enabled so they can give you the speed of
42mbps, this speed is similar to the speed you get on
LTE network. So, we can proudly announce that
customers can get real data experience on the Airtel
3G network, which is equal to 4G speed,” Anand said.