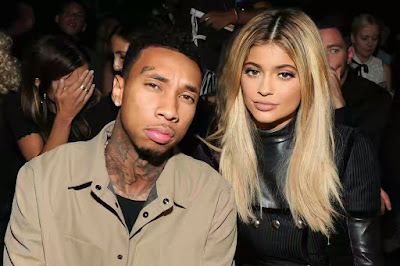 The reality star, who started dating the rapper in February 2015 and broke up with him last month, is reportedly annoyed with her former lover is still contacting her.
[post_ad] A family insider told the Daily Star: “Kylie has threatened Tyga with a restraining order since he refused to stop calling, texting and emailing her.” The family insider went on to claim he’s not taking the break-up seriously, and thinks he can still win Kylie back.

“He’s still convinced she loves him, and it’s her family forcing her to do this.” the source said.

“That’s true to a certain point, but Kylie was getting embarrassed at being seen with him,” the source said.