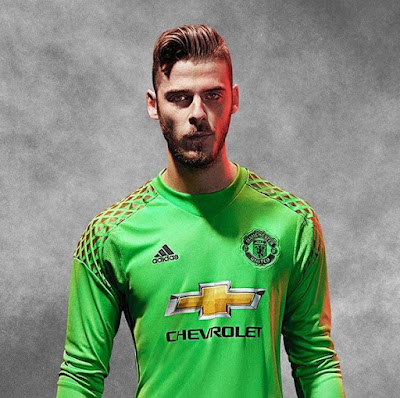 Manchester United goalkeeper David de Gea has denied any involvement in an alleged rape, insisting that the accusations are “false”.
[post_ad]
The 25-year-old, who is currently in France with the Spain squad for Euro 2016, has reportedly been implicated in an underage rape case in his homeland.

According to El Confidential, De Gea, as well as Real Madrid midfielder Isco and Athletic Bilbao forward Iker Muniain, has been named by a protected witness in a rape case regarding an alleged incident that occurred in 2012.

The witness is said to have testified that she was abused by two footballers, and WhatsApp messages were reportedly exchanged between De Gea, Muniain and the woman involved.

De Gea is alleged to have asked the woman in these WhatsApp exchanges if she ‘would be with five Manchester United players’, but the footballer has now spoken out, claiming that the accusations are fabricated.

“This is all something false which has come out in the press,” De Gea said in a media conference. “This now in the hands of my lawyers. This gives me more strength to train more, to help the team however I can.

“I’m still very relaxed, just want to train and do what I like to do. I just want the tournament to start and to play. I was in the room when heard news. Above all I wanted to tell my family, so they know this is all false, and they can be relaxed.

The allegations were made during a case involving a po-rn producer, who has been charged with trafficking and abusing girls.