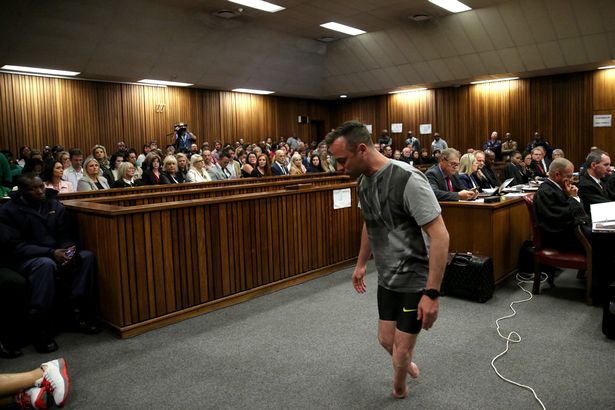 This heartbreaking image of Reeva Steenkamp’s body after she was murdered by Oscar Pistorius has been released because her father wants the world to see it. 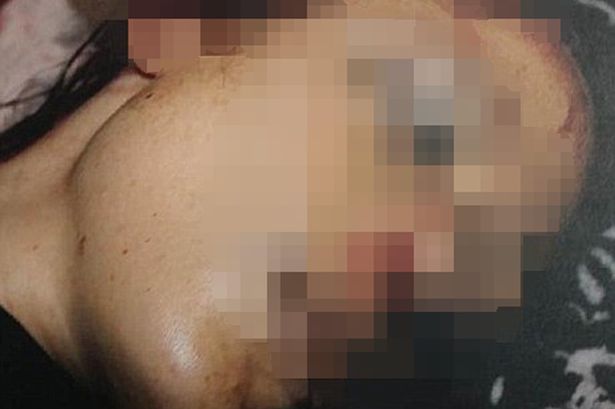 Mr Steenkamp said he wanted the world to see the horrendous injuries she suffered at the hands of Pistorius, in the hope of preventing similar murders in future.

The former model and TV presenter was shot by the disgraced sprinter at his home in Pretoria, South Africa, in the early hours of Valentine’s Day 2013.
Pistorius, 29, claimed he thought she was intruder and the shooting was a tragic mistake.
But he was convicted of manslaughter and the verdict was later upgraded to murder. 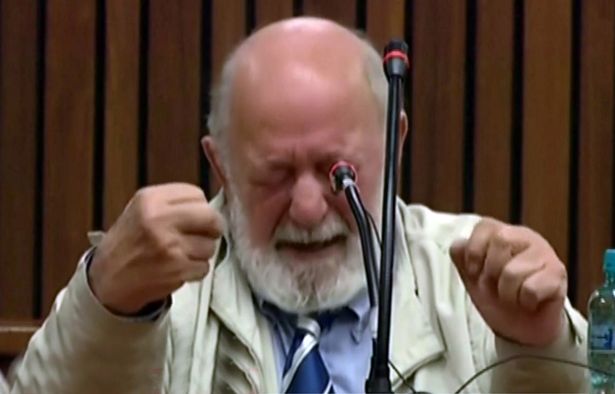 The grieving father also told the court in Pretoria that “the time will come” when he wants to talk to Pistorius in private – and that the runner “has to pay for what he did”.
His wife June has forgiven her daughter’s killer but Mr Steenkamp stressed that it does not mean Pistorius should be freed from prison.
The 73-year-old said:

Read:  Orlando survivor admits trapping other club-goers inside after he escaped

“I don’t want to say that he must go to the maximum or whatever it is, but he has to pay for it.”
“June has forgiven,” he continued. “She feels it right in her heart to forgive Oscar.

“But then you must understand by forgiving like that, it still does not exonerate you from the crime that you committed.””She’s most probably a bit stronger but she grieves.
“I hear her at night, I hear her cry, I hear her talking to Reeva, and of course she feels just as much as I do.” Trembling while speaking, he told the court:

“Every day of my life – morning, noon, night – I think of her all the time.
Mr Steenkamp said people had told him it would get better after a few years following his daughter’s death, but that “every day of [his] life is the same”.
“Finding out what happened, it devastated us. I ended up having a stroke.”I don’t wish that on anybody in the whole world.” Recalling the moment he was told of his daughter’s death over the phone by his wife June, he said:

Read: Orlando shooter”s wife knew about his plans, drove him to possible targets including Disney


“At first I thought most probably one of our animals had got killed.”And she said ‘come home immediately, come home’.”I dropped everything and on my way home I tried to fathom what she tried to tell me then I realised that she mentioned Reeva,
“That’s when I started to panic, and then driving more, more Reeva’s been killed – it hit me then. It’s like it happened yesterday.”
“From that day, it’s effected June, myself and my family so much and it’s been difficult to explain but our lives have just changed completely.” In a heart-wrenching appearance he also explained how his landlady discovered he was “virtually bankrupt” and ordered the Steenkamp family to leave their home just two weeks after Reeva’s death. 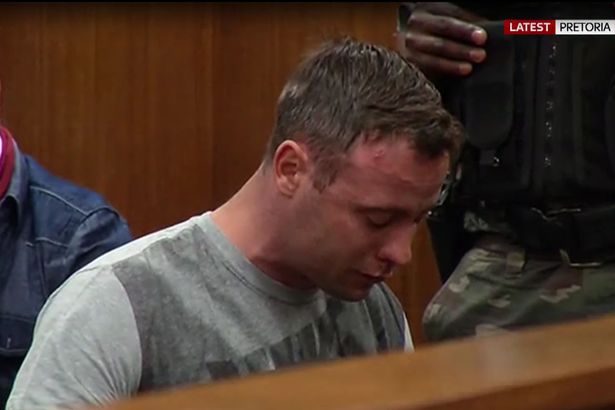 It comes after Pistorius dramatically removed his prosthetic legs and demonstrated the scale of his disability to the courtroom in a plea for mercy today.
[post_ad]