President Barack Obama said today that Orlando was ‘shaken by an evil, hateful act’ as he and Vice President Joe Biden laid flowers flowers at a makeshift memorial this afternoon for victims of the Sunday shooting after the ‘held and hugged’ their families.

Carrying two bouquets of white roses, one flower for each of the 49 victims, a somber-looking Obama and a shades-wearing Biden, put the flowers underneath a red, white and blue wreath outside Orlando’s Phillips Center, adjacent to City Hall, that was already surrounded by bunches of flowers and Mylar balloons in remembrance of the lives snuffed short in the tragedy.

The president and vice president are in Orlando today for meetings with local officials and families of the nightclub shooting victims, as well as survivors. 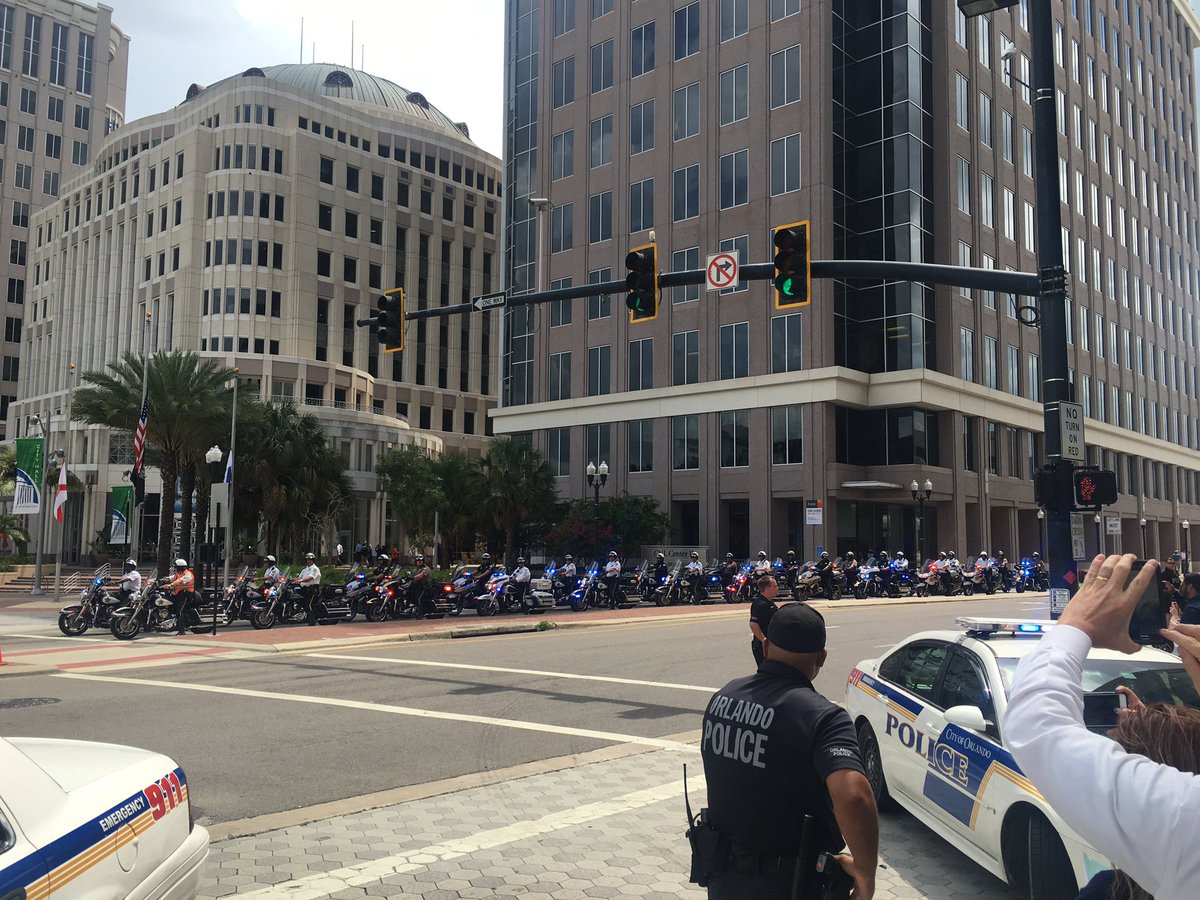 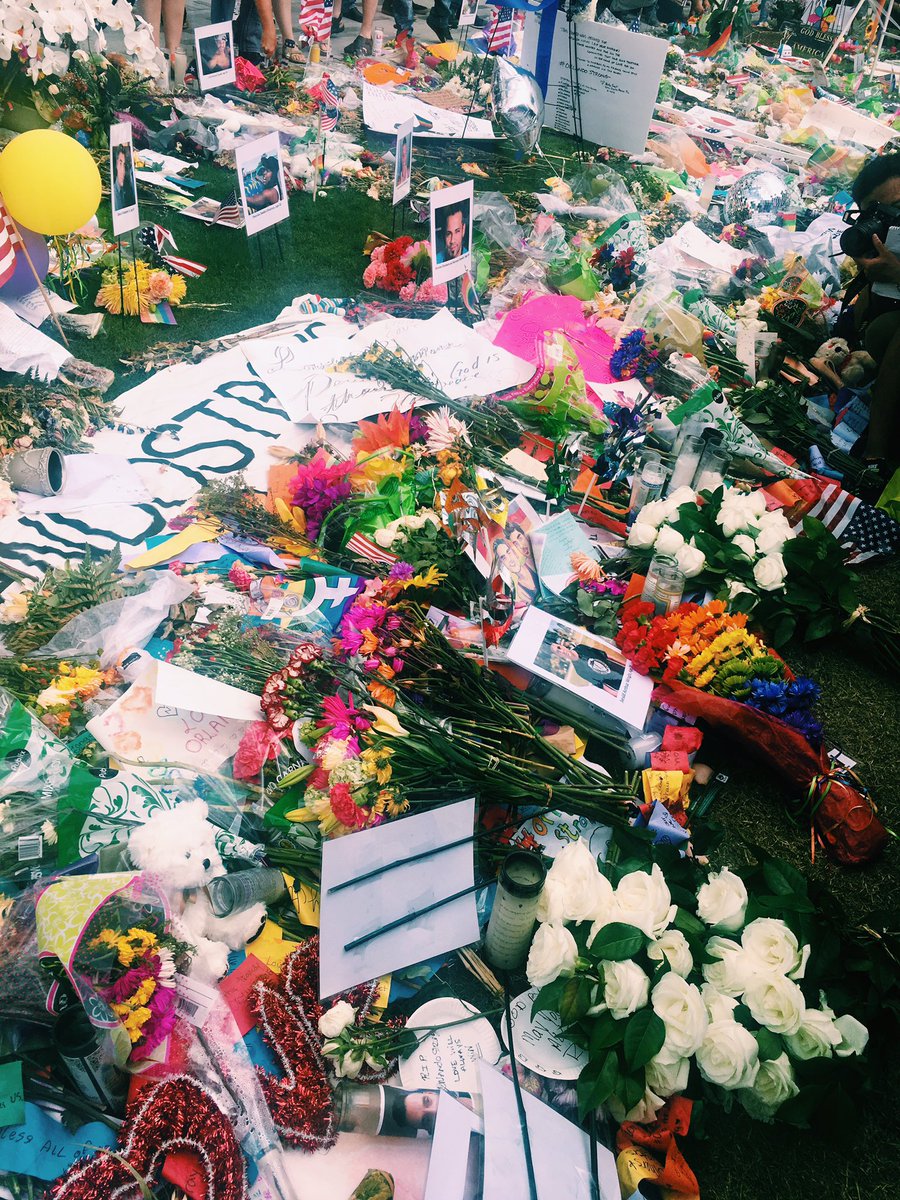