Months after unleashing her genre-shattering Lemonade album on an unsuspecting world, Beyonce stunned fans with a slay-worthy performance of her song “Freedom”, opening Sunday night’s BET Awards with a bang. 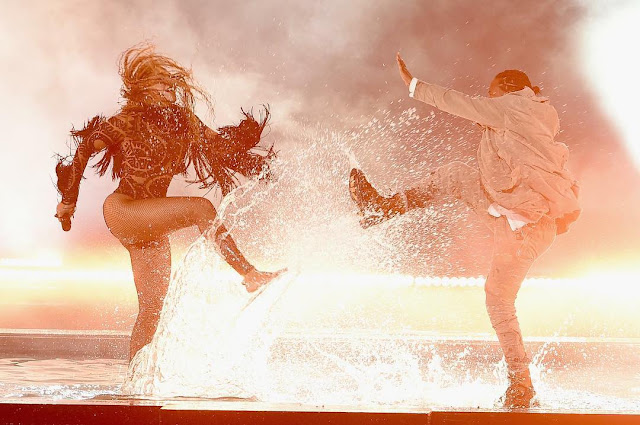 She had the Beyhive guessing when some of her backup dancers were spotted walking the red carpet for the 16th annual event, causing the faithful to ring the alarms and get in formation around their TVs. Sure enough, Mrs. Carter made good by bursting onto the stage for a full choreographed
routine.

Wearing a black lace-print unitard with shingles and flanked by dancers in body paint, the star, who’s nominated for five awards, marched and danced across the stage in a pool of water, splashing about while lending her powerful voice to empowering like “I’ma keep running/ Cause a winner don’t quit on themselves.”

Soon Beyoncé was joined by Kendrick Lamar who guests on the track and the two jammed out to his verse before ending the performance and sending the crowd into an even great frenzy.

For fans who have yet to see her Formation World Tour, it was a much appreciated sneak peek.

According to mom Tina Knowles-Lawson, who later accepted the Video of the Year Award on behalf of her daughter, Beyoncé went straight from the stage to catch a plane to her next tour stop in London.

Press play to watch the mindblowing video EVERYONE in the world is talking about right now.