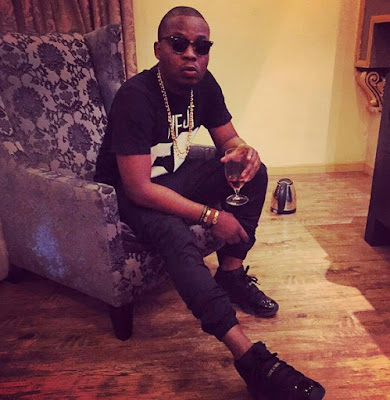 Olamide popularly known as Baddo Sneh needs no Introduction in Nigeria music Industry, the Indigenous rapper has created a niche for himself in the Industry.

Though many think Baba milli will not last in the game. Here come resaons why He will continue to be the Jagaban of Rap Game in Naija.

1. He Gives The Streets What They Want

The fact that he is from the street makes him to know the taste of the street and he’s giving it to them none stop.

2. He Is Not Bother About International Collaboration/ Recognition

Unlike Wizkid & Davido, Baddo is the king on his own, he gives no Bleep about Jay z, Drake and others foreign collaboration. He keeps dominating the country and getting more fans everyday like Mayweather.

3. Olamide Is Hardworking And Creative

The street blood inside him makes him to work like clock (Non Stop) and that is why he is never out of hit songs #backtoback. The Creative rapper dropped 5 Albums in 5 years… Abeg free Baddo another Album is still on the way.

4. His Close Relationship With Phyno

The two Kings always come up with something wow anytime they collabo. You still remember the Two Kings Album?…Olamide and Phyno draw inspiration from each other, thereby keeping them at the top of the game.

5. Eviction Of Lil Kesh From YBNL

With Gbese Master Lil kesh living YBNL, Olamide get no assistant doer again. This means no worries or reason to bother about any acct again. He will also like to show kesh that he is still the big boss.

6. He Has The Right Cliq

Badoo get mouth like mayweather, with People Like Bola Tinubu, Ambode, Fashola, Oba Elegushi on his side, Olamide gat no worries.

Despite the fame and money Olamide still rember to give thanks to most high in most of his songs.