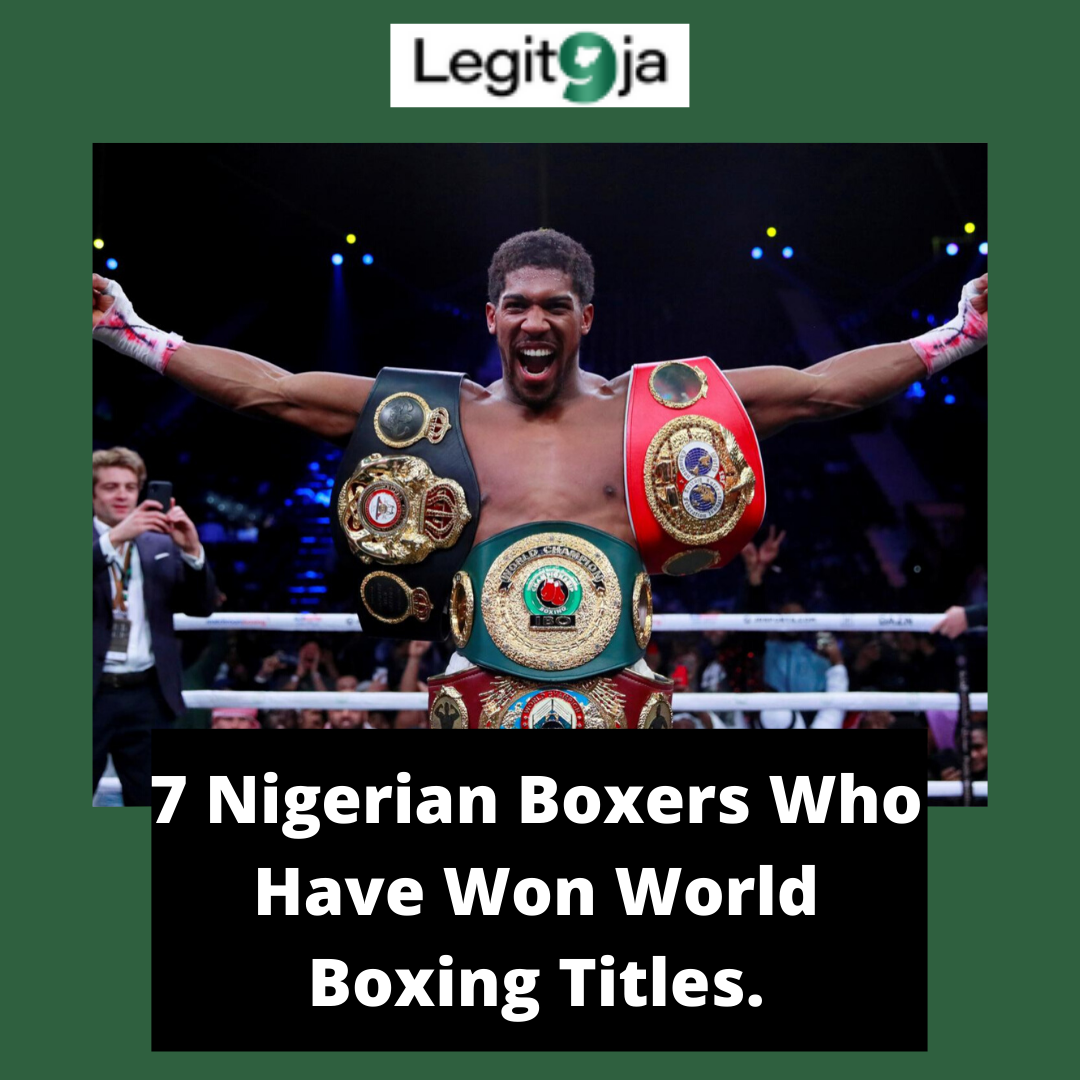 Boxing is a combat sport in which two people, usually wearing protective gloves, throw punches at each other for a predetermined amount of time in a boxing ring. The game of boxing has for years been in existence, and is one of the most popular sporting games in the world.

There are seventeen weight divisions. To compete in a division, a boxer’s weight must not exceed the upper limit.

Nigeria used to be a force in world boxing before football became the barometer for measuring our nation’s sporting greatness. In fact, the country was ranked in the same category with such nations as United States, Britain, Republic of Ireland, Puerto Rico, Mexico, among others.

Nigeria has produced some very talented boxers over the years, including heavyweights, light heavyweights, cruiserweights, featherweights and flyweights.

Here, we will take a look at Nigerian Boxers who have made great impacts in the sport by winning any of the world boxing titles.

Richard Ihetu, popularly known as DICK TIGER, was one of the most enterprising boxers produced by Nigeria in the 1960s. He held the World Middleweight and World Light Heavyweight Championships during this period.

Tiger was inducted into the International Boxing Hall of Fame in 1991, and was named Fighter of the Year in 1962 and 1965 by The Ring magazine.

A British Professional Boxer, but Nigerian by descent, Anthony Joshua is a two-time unified heavyweight champion, having held the WBA (Super), IBF, WBO, and IBO titles since December 2019 and previously between 2016 and June 2019.

As of April 2020, Joshua is ranked as the world’s third best active heavyweight by BoxRec and second by The Ring magazine. His victories include five world heavyweight champions and 3 non-titleholders.

Henry Akinwande had a successful career record, as he won 50 out of his 55 total career fights, just losing 4 and drawing one.

One of the Nigerian Boxers who has made a great impact in the game. The Nigerian professional boxer held the WBC heavyweight title in 2008, In his prime, he was known for his rivalry with the Klitschko brothers. Samuel Peter had an excellent professional boxing record, in which he won 38 out of 46 fights he was involved in, recording just 8 losses.

Hogan Bassey was the first man of Nigerian descent to win a world boxing title. He was born Okon Asuquo Bassey and became naturalised British when he moved to the UK. He won his first World Featherweight Title in 1957. He later went on to retain the title in 1958.

Herbie hide is a former British Professional Boxer, of Nigeria descent. Herbert Hide had his dominance in both the cruiserweight and heavyweight boxing category, from 1989 till 2010.

He held the WBO heavyweight title twice between 1994 and 1999, as well as the British heavyweight title in 1993. He had an excellent professional boxing record as he had 49 wins in 53 fights he was involved in, just losing 4 of them.

Bashiru Ali is a one Nigerian Professional Boxer, who made a great impact in the sport. The Nigerian won all cruiser weight title conceivable including the North America Boxing Federation title.