But what about the current forward options at Solskjaer’s disposal, as thing stand?

Chong certainly has a battle on his hands to win a regular place in Solskjaer’s team, after agreeing a new contractthat means he will not be leaving the club on a permanent basis this summer.

The 20 year old winger has showcased his talents on a number of occasions for the Under 23s, but is yet to wholly convince for the first team. There are players ahead of him in the forward pecking order and it’s up to Chong to prove his worth in the coming months and years whenever football resumes.

Earlier on in the season James would have been higher up this list. But the Welshman is certainly a major asset to Solskjaer with his blistering pace especially effective in big games when united sit deep and launch fast counter attacks.

And although his return of goals and assists began to diminish as the season wore on, a strike in United’s most recent outing that 5-0 demolition of lask in the Europa League – could signal a return to form for James. He’s only 22 and can still improve and climb up these rankings. 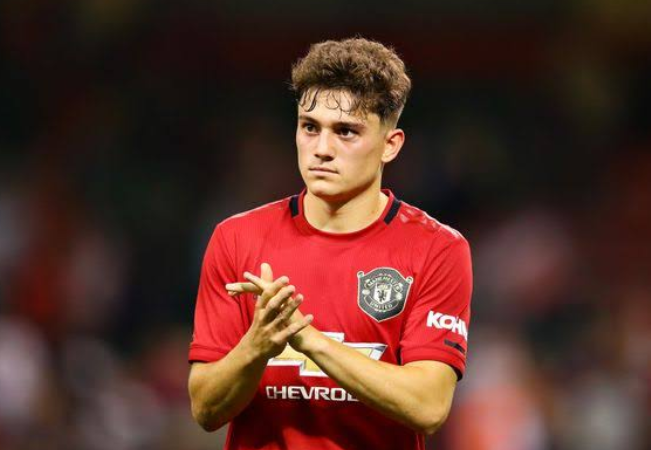 Sancho was signed from Borussia Dortmund in his right wing position. James is another one who must be prepared for a challenge.

At 18, Greenwood is almost certain to rise on this list in the future. It says something about his ability that he’s already a trusted squad member in Solskjaer’s eyes and has bagged 12 senior goals in his first full campaign.

He’s shown himself able to play on the right flank, or through the middle and all his teammates rave about his potential.

Now Solskjaer must solve the Greenwood conundrum as part of his search for a centre forward transfer. Will it impinge the teenager’s development, or help inspire him to new levels?

Few could have realistically predicted the impact Igahalo has had in such a short space of time at United.

There were plenty who expressed doubts when the Nigerian completed a loan from Chinese club Shanghai Shenhua in the dwindling hours of January’s deadline day.

But Ighalo is already a cult hero in the eyes of many United supporters. In terms of what you want from a traditional No.9, Ighalo has shown it: holding up the ball, bringing in teammates and scoring goals. He deserves his place high up this list.

Solskjaer has shown a huge amount of faith in Martial.

Last summer was the big turning point when, following the sale of Lukaku, the Norwegian handed the No.9 shirt and a more central role to Martial, previously quite peripheral under Jose Mourinho.

And United have seen a good return from the Frenchman ever since. He may not be completely natural as a centre forward, but his 16 goals in all competitions this season have justified Solskjaer’s faith. He’s a class act and a key player for United

Whether it’s on the left flank, through the middle or elsewhere across the front line, Rashford has taken his game to new levels in the past 12 months.

The appointment of Solskjaer appeared to kickstart Rashford’s form and, barring a slightly fallow autumn when his strike partner Martial was injured, it’s been red hot form from the 22 year old ever since.

He’s now a genuine talisman for his beloved United, a leader and a role model off the pitch. United should be glad to have a player like Rashford in their ranks.