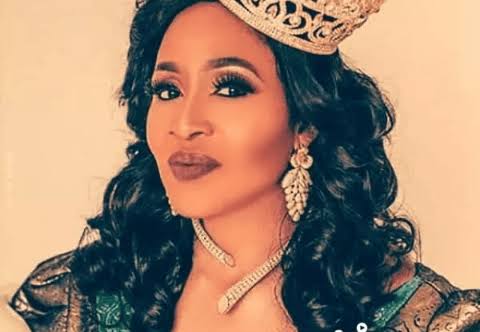 Who doesn’t know the daughter of former Governor of Oyo State, Kemi Olunloyo? Any way, if you don’t, let me share a brief introduction. Kemi is a Nigerian journalist, social media personality and blogger. She once lived for 20 years in the United States, and five years in Canada before being deported to Nigeria.

Kemi who is known for her no-nonsense attitude took to her official twitter handle to call on her followers to stop calling her ‘Mummy’, something she claims is a disrespect to her children.

“Don’t address me as Mummy, I will remove you. Today I removed 33 people who called me that. Stop disrespecting my children. They are Americans and hate it. Not their culture. My name is Kemi Olunloyo, I hope I made myself clear.” Kemi tweeted.

I think this is just a family oriented character as she also claimed someone lost a N200,000 job in her brother’s establishment in Lagos because he called him “Uncle” during an interview session.

First and foremost, I don’t think it’s right to address people with such when a simple ‘Sir or Ma’ can solve the whole drama. In Nigeria, not everyone loves that Mummy title as they feel it’s a tag that makes them look old.