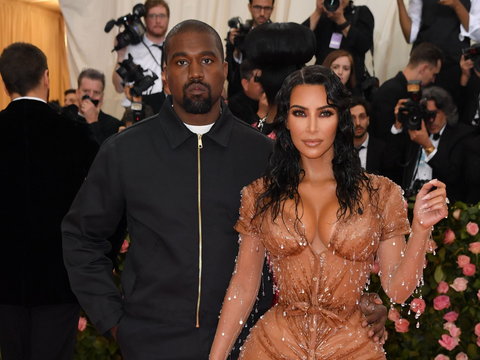 Popular American Rapper and United States Presidential aspirant, Kanye West, in his recent public meltdown, has threatened to reveal the Kardashian Family secret to the public.

According to The Sun, a source has claimed Kanye who suffers from bipolar disorder – has allegedly told his wife that ‘if the Kardashian family try and stage an intervention he’ll live stream it on Twitter and ‘show the world the truth’.’

The source claims: ‘He’s acting extremely paranoid and seems convinced Kim and Kris Jenner are ‘out to get him,’ adding: ‘He’s warned Kim that he knows the family ‘secrets’ and will put them all out there.’

Also Read: “I Have Been Trying To Divorce Kim” – Kanye West Reveals.

Earlier this week, Kanye West also revealed on Twitter that he has been trying to divorce Kim Kardashian after she had a meeting with rapper, Meek Mill.