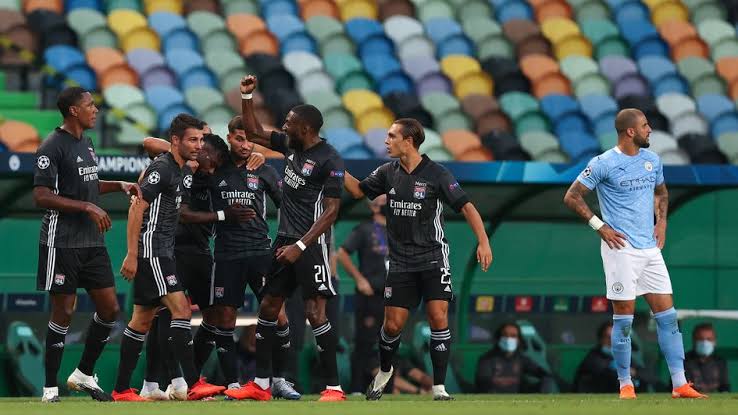 Manchester City again came unstuck against Lyon in the Champions League as a controversial 3-1 defeat saw Pep Guardiola miss out on a semi-final against his former club Bayern Munich.

Lyon won away to City in the 2018-19 group stage – also drawing at home – and they again had the tournament favourites’ number in Lisbon on Saturday.

Maxwel Cornet scored in both prior meetings between the sides and was on target once more midway through the first half as City struggled to get to grips with the five-man defence named by Guardiola.

That formation was ditched before the hour mark and Kevin De Bruyne equalised, but substitute Moussa Dembele restored Lyon’s lead following a contentious counter-attack with 11 minutes remaining and then added another after an Ederson error.